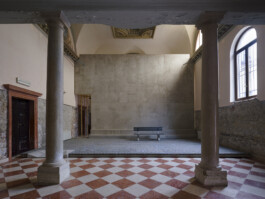 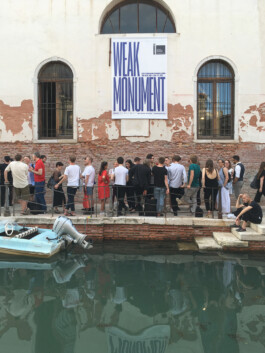 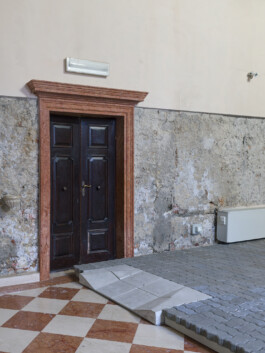 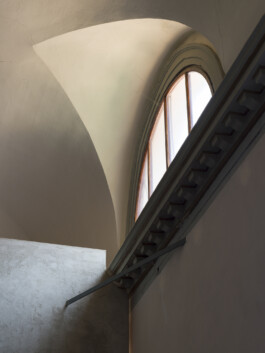 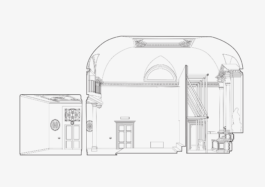 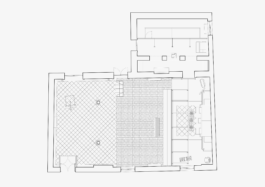 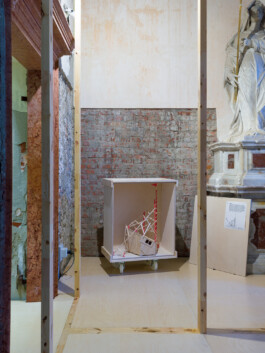 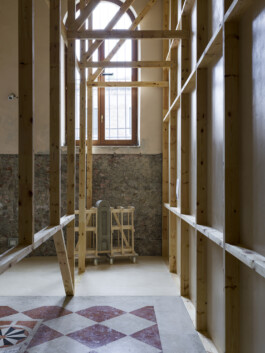 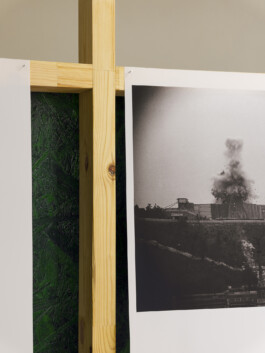 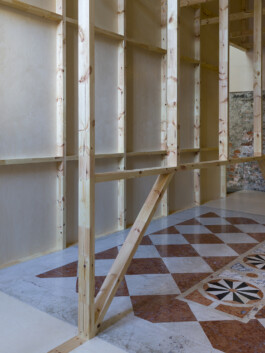 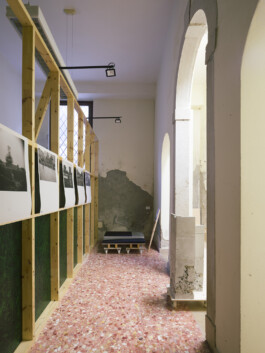 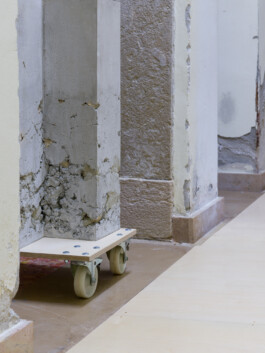 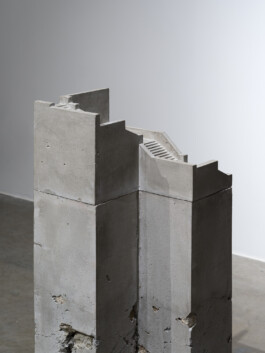 Weak Monument explored the spectrum between the explicit representation of the monument and the implicit politics of everyday architectures: from the triumphal column to the pavement beneath it. The title of the pavilion was an oxymoron, a rhetorical device to offer other perspectives on how to recognise politics in any built form.

Following a public competition in 2017 our proposal was selected and included a year-long research of politically significant yet mostly invisible structures in Estonia and Europe. It was finally presented as an in-situ installation inside a former baroque church of Santa Maria Ausiliatrice. A scenography of a pavement, a bench and a plinth blended into the interior of the church to start a dialogue between the strictly hierarchical sacred space of stone and marble and the mundane urban setting, constructed of timber and concrete. Behind the wall, the research unfolded via newly commissioned models, images and photos from archives and museum, texts and a publication Weak Monument – Architectures Beyond the Plinth that was published by Park Books (Zürich, 2018) holding essays by Tom Avermaete, Margrethe Troensegaard, Eik Hermann, Klaus Platzgummer and others.