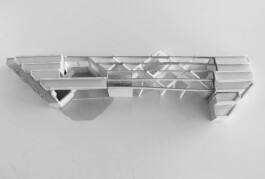 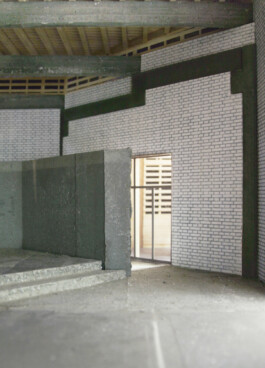 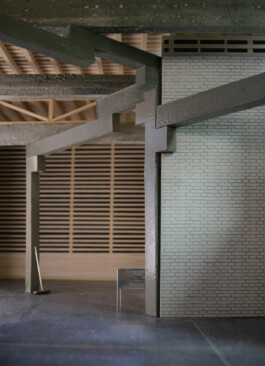 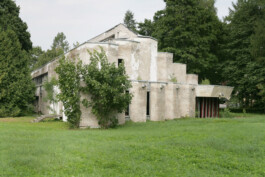 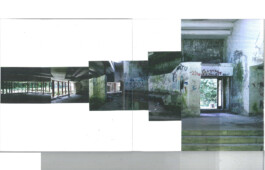 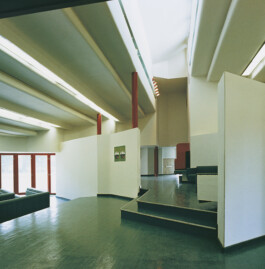 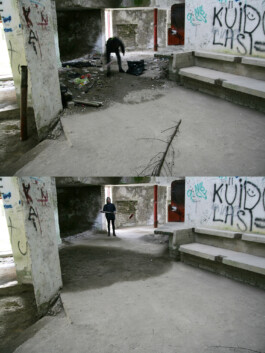 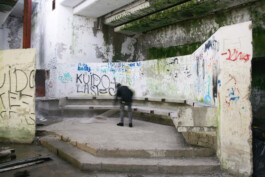 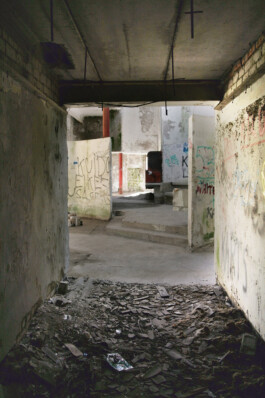 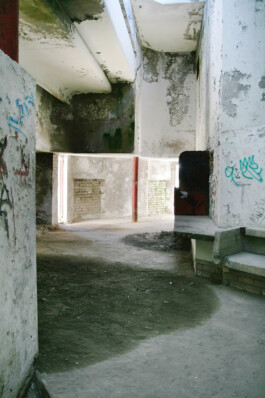 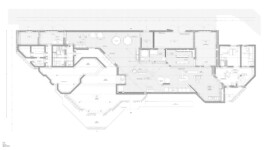 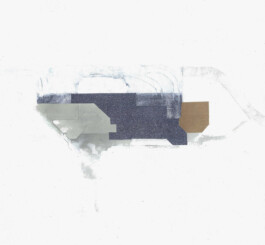 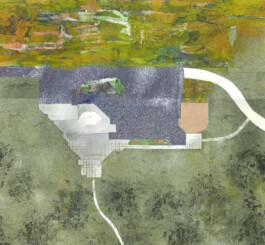 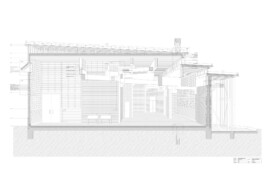 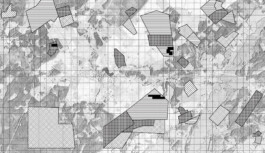 The former administrative centre of the Sverdlov Collective Farm was designed by the Estonian architect Toomas Rein in the 1970s. It is a landmark project of Estonian modernist architecture, however it has been left to neglect since the 1990s. Whenever visiting the area, we kept going to the ruin. Fascinated by both the original architecture of it as well as its current ruinous state, we decided to bring these aspects together in an experimental intervention. Across a week, we kept accessing the structure to clean it. The activity itself became a way to get intimate with the building - structurally and mentally. By cleaning it, we revealed the value of the building simply as it currently stands.

A proposal study for a new architectural intervention and programme was carried out in 2015. Part of the building is kept as a ruin, the middle part is demolished and replaced by production space, a third part is redesigned for office rooms. 70 metre long concrete beams that cross the length of the building are kept in tact. New structural elements are introduced to support the existing beams and a lightweight timber skin envelopes and protects the structure.

A shed structure is translated into a larger strategy so that it can accommodate modes of production too big to fit a homestead: a wood workshop, a linen factory, a distillery. Eventually the consolidated ruin within the shed will outlast its protective but ephemeral cover. The design provides various climatic conditions such as a yard, protected outdoor spaces, unheated and heated interior spaces.

A scenario as a vodka distillery is drawn through. This decision is based on the key characteristics of the production process – the local soil being suitable for growing rye, the traditional raw material for Estonian vodka, and the waste products of the production being easily usable in local agriculture. The whole eastern side of the building with a large asphalt square in front serves the production process. The linear process enters and exits the building through production yards that serve as climatic buffers during the warmer months when interior activities extend there.