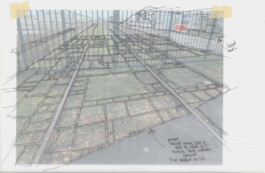 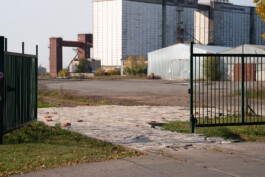 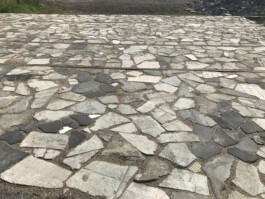 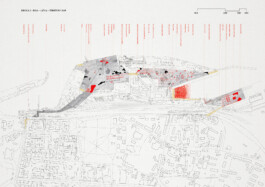 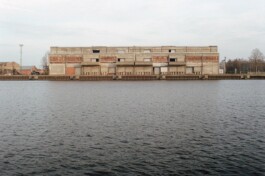 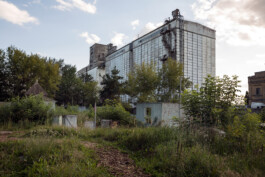 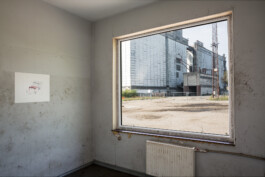 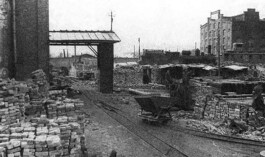 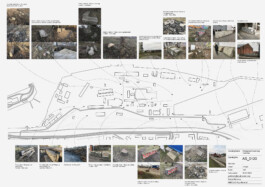 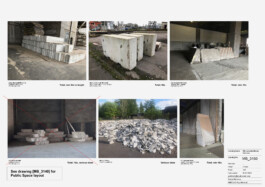 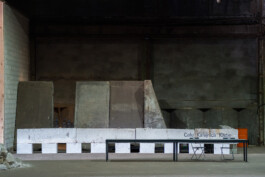 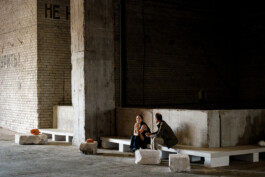 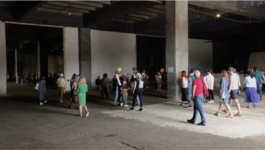 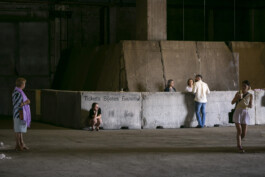 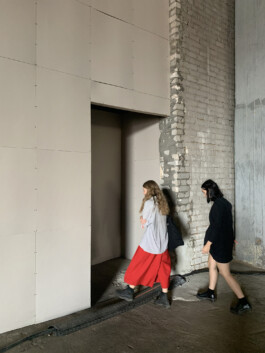 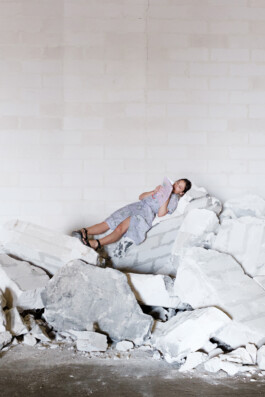 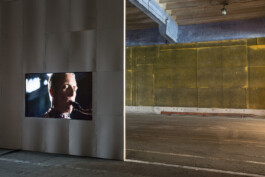 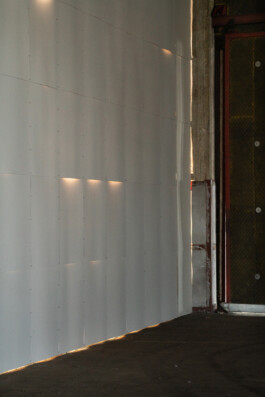 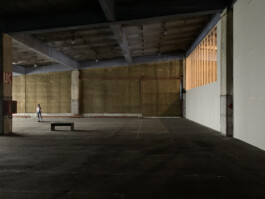 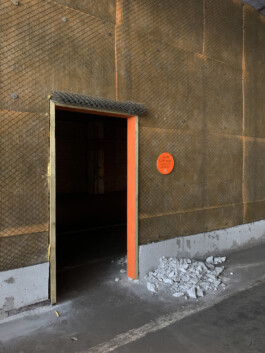 Following an invited competition in 2020 we were selected as lead architects for the second Riga International Biennale of Art titled and suddenly it all blossoms, curated by Rebecca Lamarche-Vadel. Our proposal drew inspiration from the first attempts of historical explorers to map unknown territories and illustrate their character and potential, valuing the enriching notion of “discovery” above the exploitative practice of “colonisation”.

The 20 hectares biennial grounds took place within an operating Free Port Zone harbour, which had been shut to public access and required accessibility interventions, walking routes and paths through the vast semi-operating and brownfield sites. The core of the exhibition was designed inside a 18 000m2, three-storey concrete warehouse, which was electrically rewired and temporarily conditioned to a state of an art exhibition space for artworks by more than 50 international artists of which most artworks was newly commissioned. Our work was closely collaborative with the head curator, artists, production team and subcontractors.

Our design principle was to reassemble as much as possible any existing found objects and to leave the site at minimum how it was as we found it, if not in a better condition. Industrial rubble was composed into mosaic carpets to create outdoor access paths. In collaboration with the harbour, heavy concrete barriers normally used for storing granules, were rearranged as reception areas, cafe and public event rooms. New partition walls up to 7m tall were built of timber and 3mm cardboard, which resonated with the existing worn out thin cladding of the warehouse. From the beginning, clean dismantling was budgeted - all timber was left unpainted from the start and given to contractors after the exhibition; the ca. 1000 sheets of cardboard were drymounted, unscrewed and handed to Art Academy of Latvia.