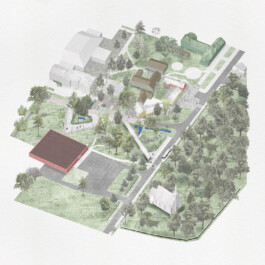 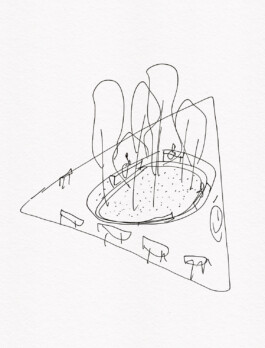 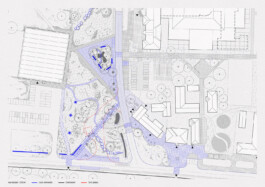 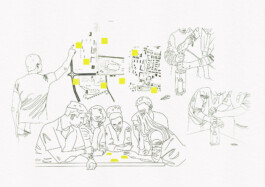 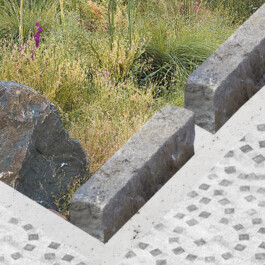 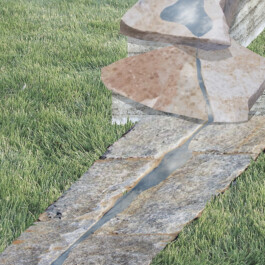 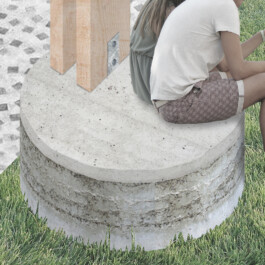 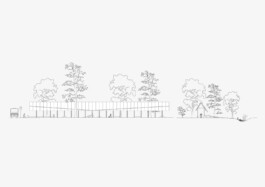 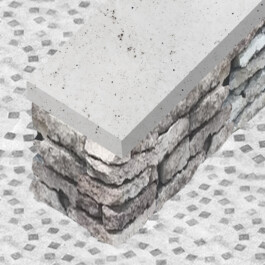 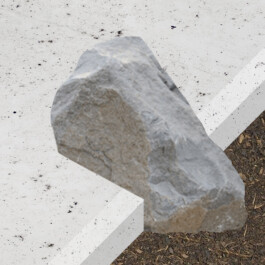 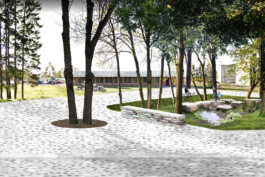 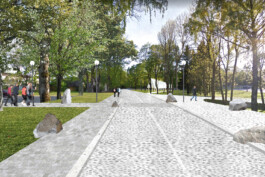 Instead of a major rebuilding of the Kadrina town centre with a population of 2000 people, we offered a series of design interventions and implementation stages to exemplify what is already present. For example we proposed continuing the building of dry masonry limestone walls in collaboration with local quarries, which would reflect the 15th century church and cemetery walls that gave the original name to the town. The existing ditches and shallow dips in the landscape inspired the reorganisation of natural water collection points by creating raingardens along the roads, in the middle of a newly proposed triangular plaza and next to a 60m long pavilion that functions as a bus stop and a covered walkway between the town and cemetery gate. Fieldstones from adjacent landscapes would be placed as physical and visual barriers between surface and traffic interchanges, rammed concrete foundations would act as seats in the bus stop and stones with grooves placed as surface-level gutters to guide the water into the raingardens. Existing trees and paths would remain and strengthened by continuing the walkways to adjacent streets, crossings and gates.

The second part of the proposal was an explicit intention of participatory design process during the various implementation stages. Instead of a total design, our fragmented approach with playful local elements would allow thorough negotiations with the locals to find suitable locations of street furniture and phased implementation without significant value engineering. With small and clever design, our ambition was to allocate part of the budget into special engagement events with the local residents.