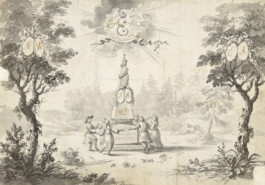 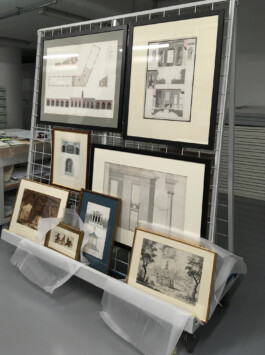 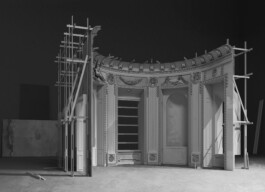 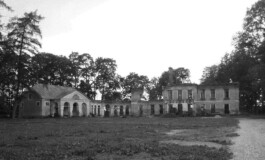 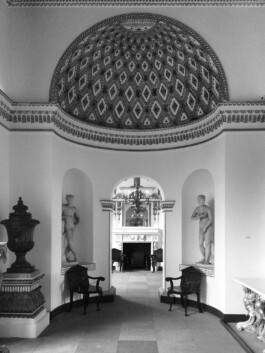 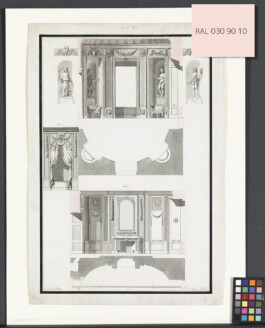 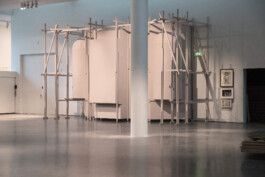 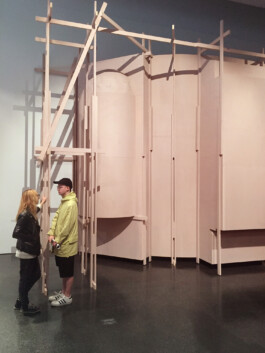 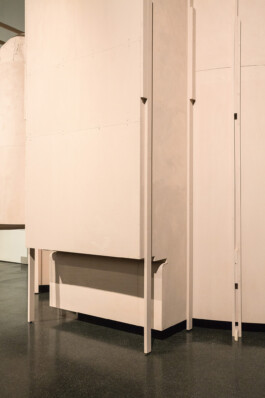 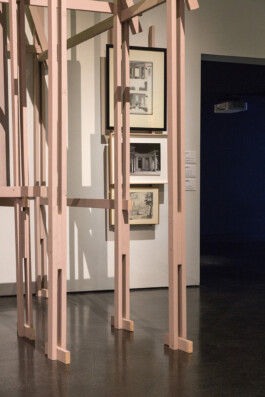 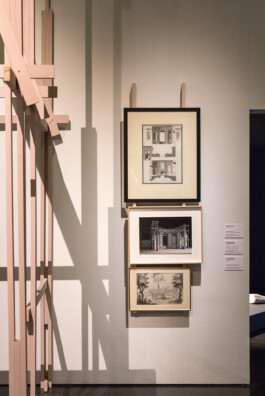 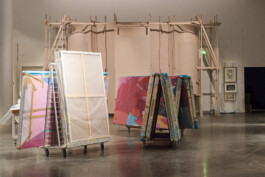 As part of the invitation to participate among 20 artists at the Art Museum of Estonia centenary exhibition titled Artist Takes the Floor, we studied a set of prints and drawings from the museum’s archives that were drawn and commissioned by the 18th century Baltic-German nobleman and freemason Otto Friedrich von Pistohlkors senior. A drawing of an interior, full of symbolic reference, was taken as a starting point to study and rebuild the setting of obscure spatial fantasies that took place in the midst of then completely rural estonian countryside. The manor house the interior belonged to and now lying in ruins, existed but the interiors were never finished.

A computer generated image depicts a stripped fragment of interior decoration, seemingly standing in an empty warehouse, held up by latticework and joinery, revealing the thinness of architectural layers that achieve any required facade. A timber scaffold is built in true scale, the voids and curves reverberate a wall that once stood physically and digitally. A completely independent piece of joinery and architecture is evoked by history with symbolics and fantasies referring to its own time.