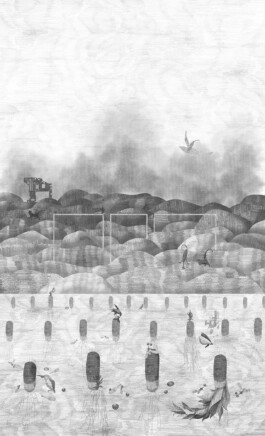 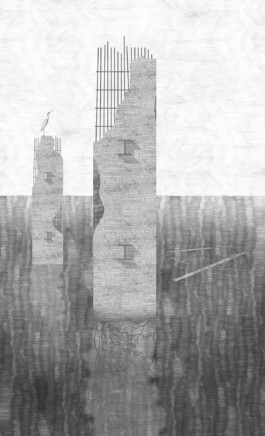 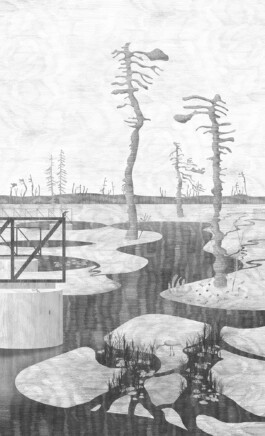 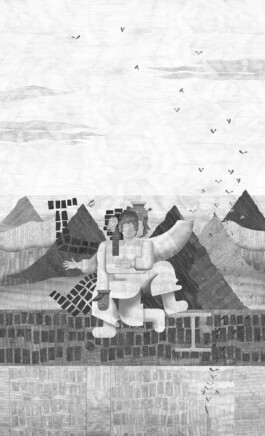 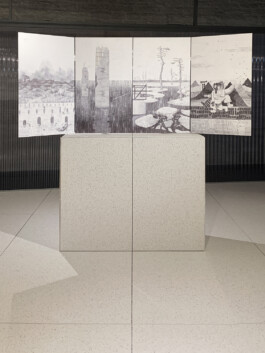 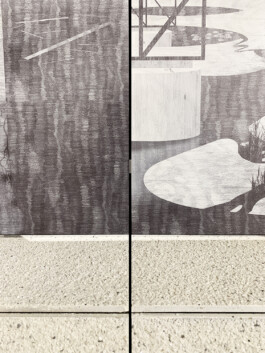 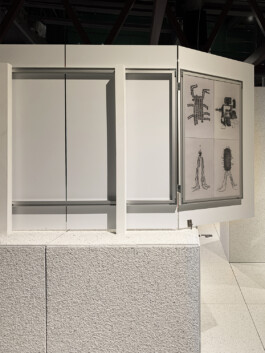 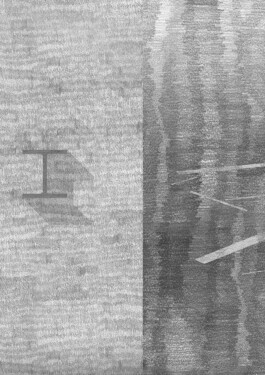 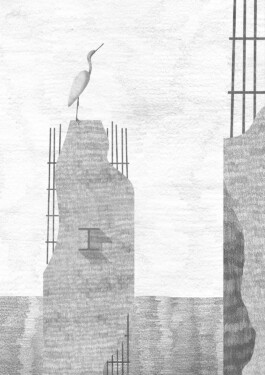 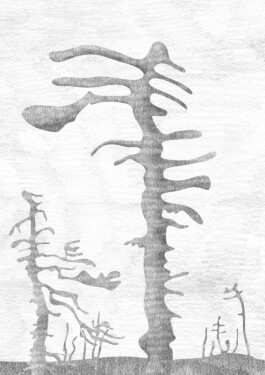 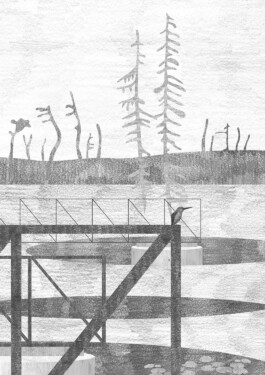 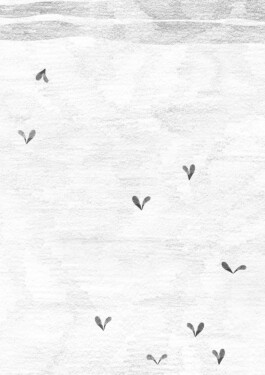 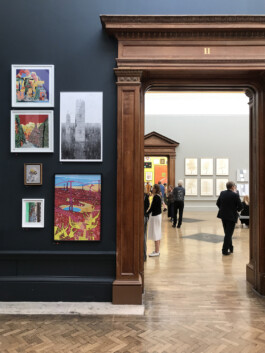 Invited participation at the 30th anniversary exhibition of Estonian Museum of Architecture titled The Houses That We Need, curated by Jarmo Kauge. The work is also featured at the Royal Academy of Arts Summer Exhibition 2022 in London. For our proposal we dreamed up future landscapes where human instrumentalisation requires more inclusivity and less mono-everything. We are all matter afterall.

The space of the future doesn’t belong to humans alone. From the standpoint of neomaterialism, space can be seen as a network where humans and non-humans – other living things and machinery and construction materials, too – operate (building, demolishing, cleaning, changing, etc). The allegory of sewage treatment plant focuses on eight characters or agents, who are part of the public that creates the space of the future.

1. Organic Decay
Organic Decay is always there and although it sometimes works against people, it can also successfully act in symbiosis with humans. For example, Organic Decay is the project manager in breaking down ruins until they are one with the landscape. The vision of decay as a creative process laden with possibility is extremely important in future spatial thinking.

2. Architect
The space of the future doesn’t belong to humans alone. Although it is natural that the Architect reserves a central place in her sympathies and intelligence for her own species’ well-being, it is clear that other agents are afoot around humans. An example of communication between human, viral, animal and technological bodies that has become intensive is the global pandemic. From the standpoint of people being able to cope and thrive, it is essential to consider others, too, when designing spaces.

3. Plant
Plants have a weighty role in the allegory in the context of phytoremediation. Plants can break down, remove and neutralize pollutants. Plant is a key agent when soil needs to be cleaned of oil spills or metal particles. Plants also have the power to create materials and energy, and offer shelter.

4. Bacterium
The role of Bacterium is related to bioremediation. Bacteria, which always work in collaboration, are helpful when hazardous waste needs to be reduced or destroyed. Something that is Pollution for humans may very well be needed by Bacterium for life and reproduction.

5. Water
It is no news flash that Water is in high demand. The kind needed in large quantities is Water that is potable but with different composition. Non-humans need water for other purposes besides drinking. To this point, potable water has been a natural part of life for humans, and taken for granted. But because of the impact of human activity, this will not remain this way. In future, Water and its specific forms will have to be managed intelligently.

6. Construction Material
The construction sector has a vast impact on the environment and Construction Material plays a major role. For example, concrete is the second most used substance in the world after water. Although use of concrete offers shelter for massive numbers of humans and keeps harmful bacteria away from people’s dwellings, it is resource intensive and nearly non-degradable material and an effective way of re-using it hasn’t been found. People have to take responsibility and work with a Construction Material that gets along with Organic Decay.

7. Machine
Machine goes everywhere people go and even if it isn’t planning world conquest with other Machines, its M.O. and computational technologies still control human lives directly. Machine is a powerful actor whose potential is highest in cooperative projects that take into account not just people but others as well.

8. Patcher
Patcher wants to repair, improve, rebuild, add to, graft on to, relocate and utilize things elsewhere. Nothing is ever completed for Patcher, everything is a work in progress. Patcher has lain low for the last century in summer cottages and country properties. For quite some time, it has felt out of place in larger gatherings. But this has to change. Among other things, Patcher’s role is to reconceptualise beauty.

These eight agents, or characters, are portrayed in the exhibition on the outside of the doors of an altarpiece. Opening the altarpiece doors, we encounter them in four scenes. There’s no Mastermind or Centre. Alongside humans, other species constitute a public in the form of a network. Landscapes are at the heart of the spatial vision of the future presented. If architecture takes an interest in creating a good environment, more attention has to be devoted to thinking about landscapes and moulding them. Over the centuries, different kinds of houses have been built, but one house differs from others only architecturally or at best, in the cultural sense. Major changes, passage of different eras, social values are all reflected most of all in space on its broader scale – landscapes. We aren’t talking about just nature scenes but urban landscapes, industrial landscapes, agricultural landscapes and various other ways in which constructed and spontaneous spaces work together.

In one picture, we see built structures decaying: ruins become landscape. When steel melts and glass shatters, the reinforced concrete building cores in downtown Tallinn tower like stalagmites. Between them, a hawk dives for prey. The second picture depicts a water treatment plant. When the utilitarian function is approached architecturally, it gives human existence an appropriate form. Concealed places in which to hide water treatment plants have run out. In place of a fragile built environment, a new everyday landscape supported by the activities of different species rises; neither wild nor manmade, but something in between.